The Iron Range Maidens finished out the 2016 season on October 1st at the Hodgins-Berardo arena. The bout against Bemidji’s Babe City Rollers was full of hard hits and good plays. The score at halftime was 46 to 52 Babe City. Playing aggressive offense for their jammer seemed to be the key for Babe City to keep the lead and ultimately win with a final score of 86 to 121. The Maidens opened the season with a win against Babe City in Bemidji. They also defeated SCAR and Roller Underground for a final season record of 3 wins and 1 loss. 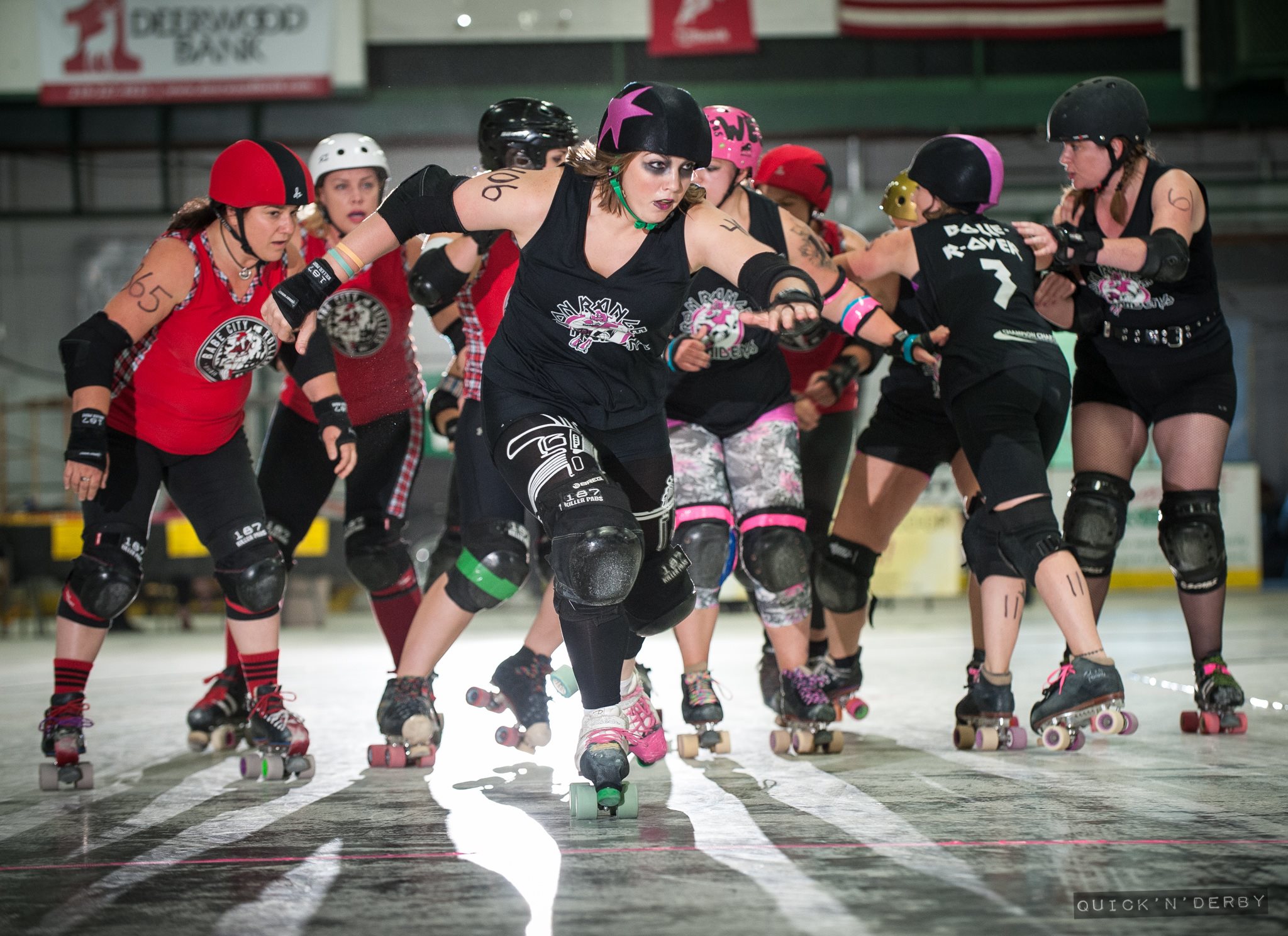 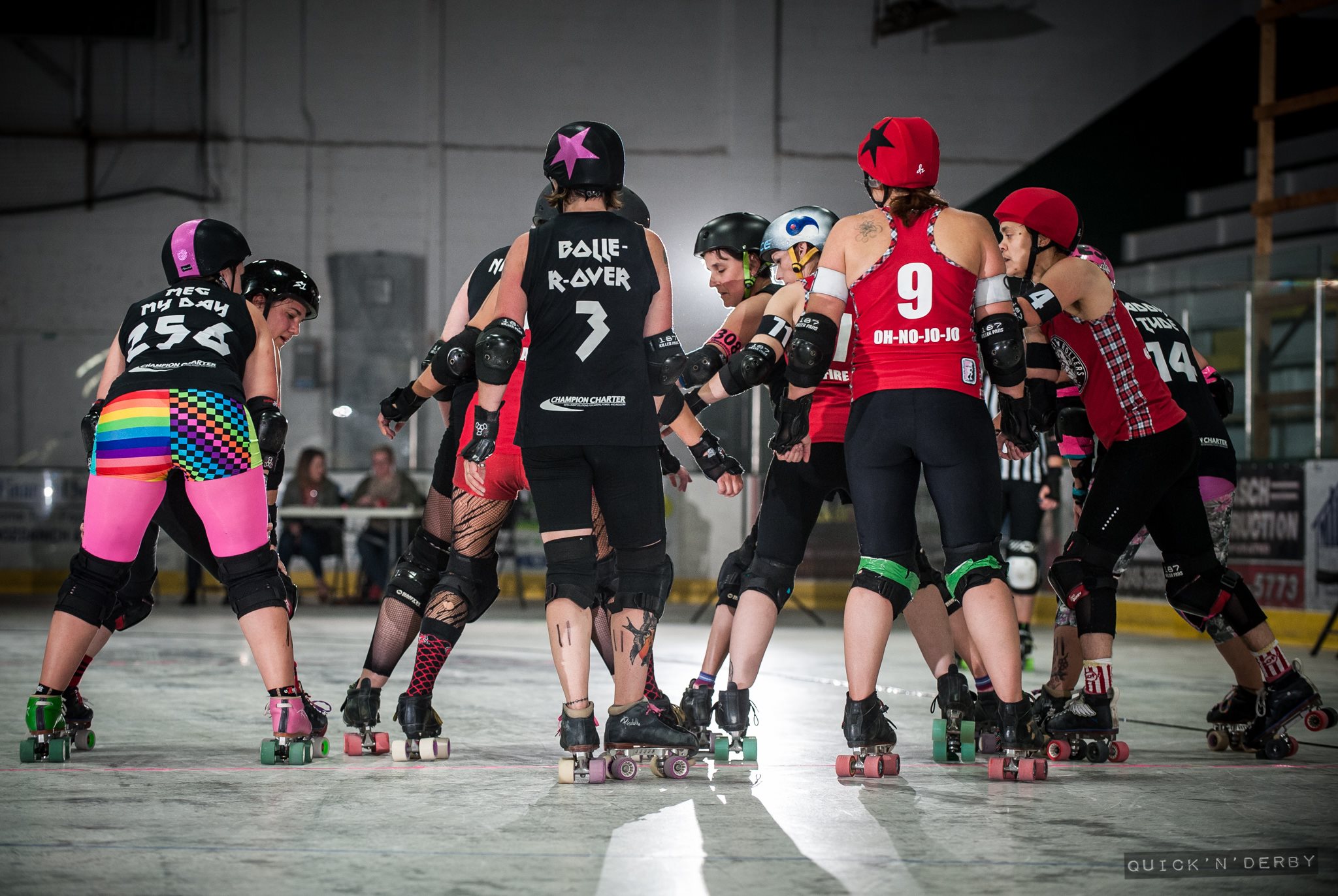 With more members the team is planning to expand their 2017 schedule to include more bouts. They are also actively seeking an affordable space to practice in during the hockey season when ice is on the rink. (Suggestions welcome – info@ironrangemaidens.com) It is hard to grow new skaters and keep skaters in shape when there is limited practice space.

A few groups and people were highlighted this season by the Maidens. The bout beneficiaries were Itasca County D.A.R.E. and Star of the North Humane Society. These groups received proceeds from “Chuck-a-Duck”. The team also honored their photographer, Wes Bailey and Jacob Wetterling. Many Maidens and skaters across the state have “Team Wes” on their helmets. This was to support Wes as he was fighting an aggressive brain tumor; a battle he sadly lost this fall. His presence on the track as a photographer and off the track as a good friend will be greatly missed. The Maidens also sported a number 11 on their calves for Jacob Wetterling. The 11 things for Jacob are: be fair, be kind, be understanding, be honest, be thankful, be a good sport, be a good friend, be joyful, be generous, be gentle with others, be positive.

As always the Maidens want to thank everyone involved; from spectators, volunteers, and sponsors to skaters, refs, and NSOs. It was another great, injury free season. Be sure to follow the Maidens on Facebook! 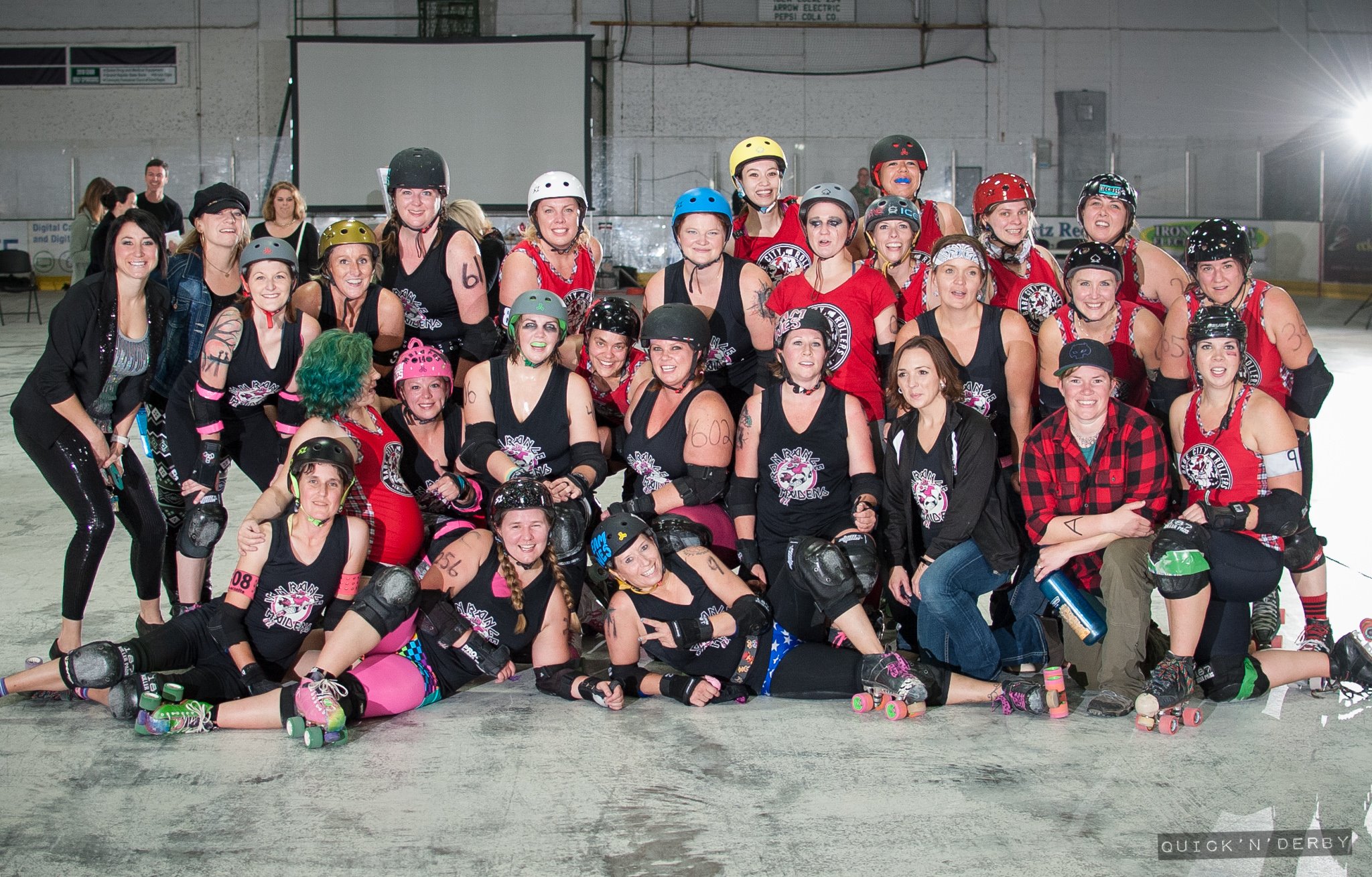