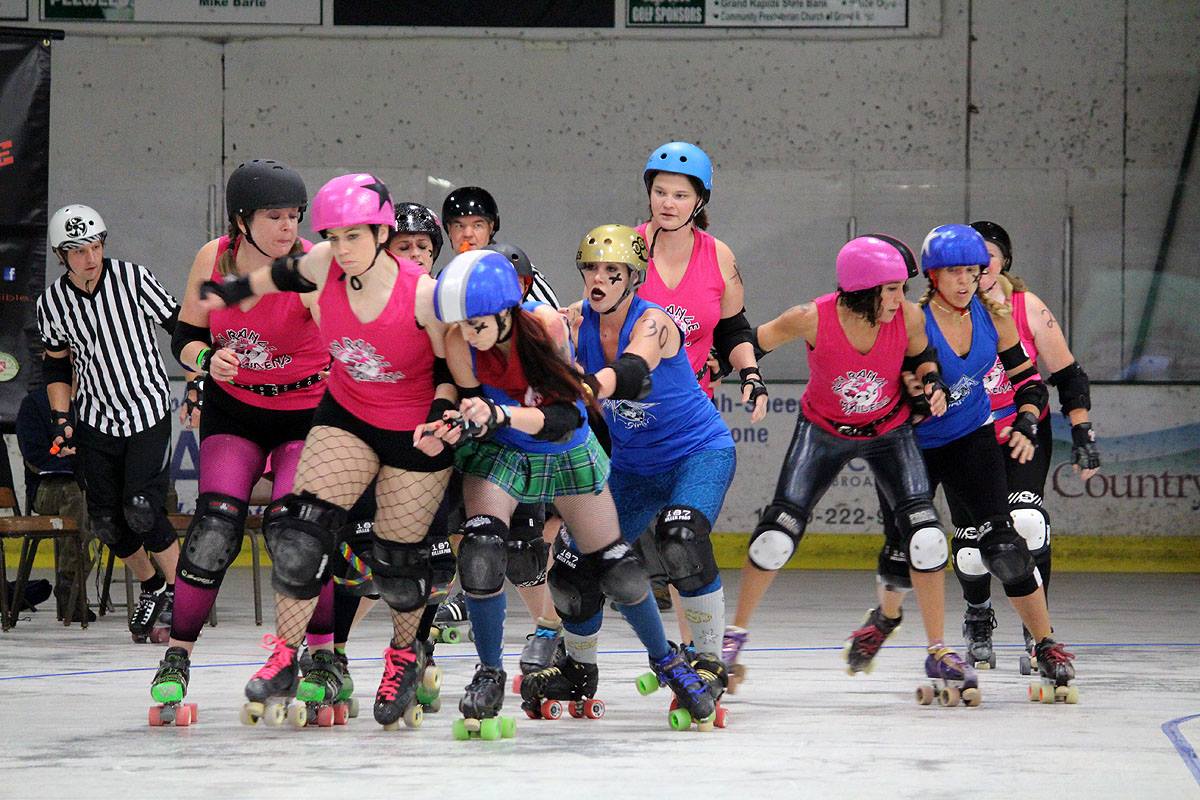 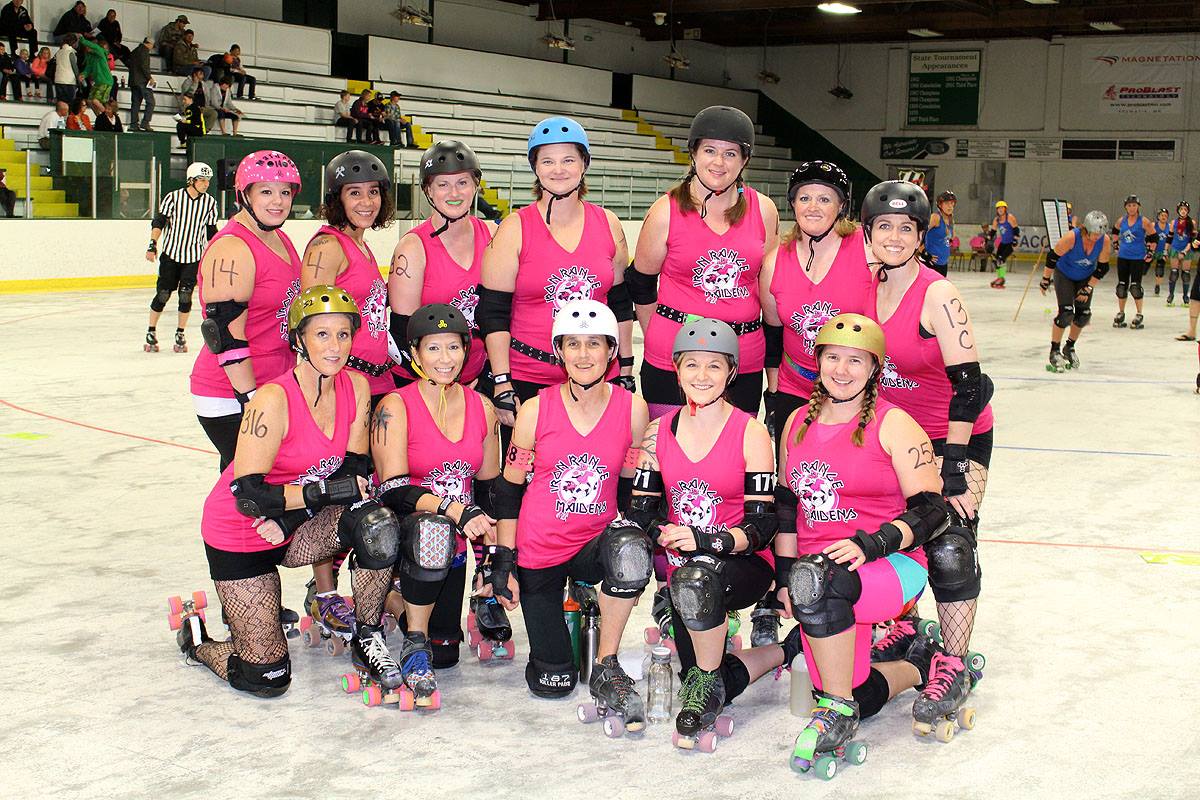 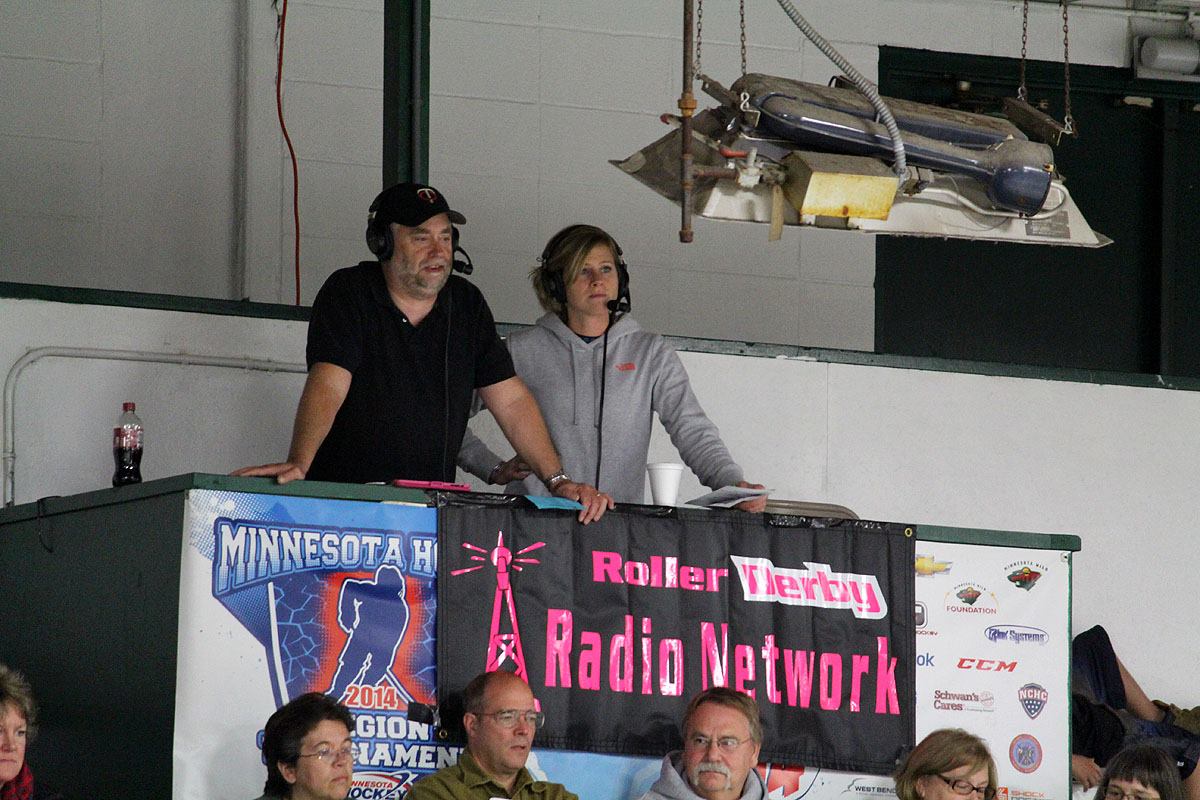 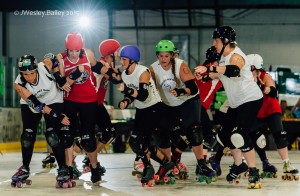 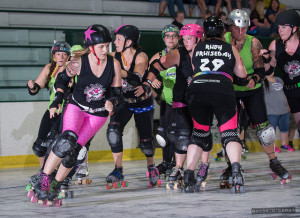 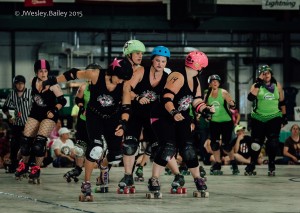 The Iron Range Maidens held their home opener on Saturday May 30th. The Maiden’s opponents, the Babe City Rollers of Bemidji, came ready to play. A lot of hard work and preparation went into this bout and they’ll have more to come.

The Hodgins-Berardo Arena in Coleraine has become home for the Maidens. The season opener was held there,  and the Maiden’s two upcoming home bouts will be there as well. Over 150 people filled the stands on Saturday night to watch the Maidens play the Babes.

The Babes came with 7 skaters, 1 of which was a foster skater from Harbor City, Penny Pinch Her. Even with a small roster the Babes proved they were a force to be reckoned with. The Maidens with a roster of 10 were unable to keep the Babes from winning.

The bout was full of fast paced skating, big hits, some pile ups, and a close score. The point spread was never more than 21 points. The lead team changed 9 times and the score was tied twice during the bout. The final score was 120 to 140 Babes. 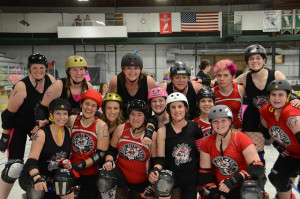 It was a great bout for the crowd. The Maidens hope to see more people with each bout. The Iron Range Maidens is a nonprofit organization, whose goal is to strive to positively represent the greater Grand Rapids area by displaying superior sportsmanship, while giving back to the local community. Roller derby encourages women to be active. The Itasca Synchronized Swimming Team was the beneficiary for the bout. They will receive 10% of that bout’s proceeds.

Each home bout is put on by the Iron Range Maidens. Everything from laying the track, to advertising, to finding volunteers, to playing a good game is all on the team. Please come show your support for the Maidens on August 29th and October 3rd when they play at the Hodgins-Berardo arena again.

Want to help out, try skating, or just want to know what the Maidens are up to? Find them online on Facebook Iron Range Maidens or their website ironrangemaidens.com. The Maidens would like to thank everyone that helped make this bout possible the fans, volunteers, nsos, refs, and skaters. Without all of you Iron Range Maiden roller derby would not be possible. 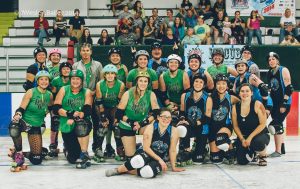 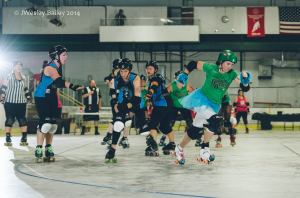 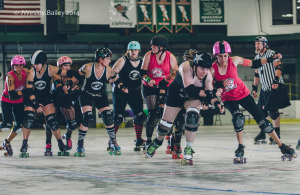 The Iron Range Maidens started out their day on August 9 by skating in the Remer Harvest Days Parade with new sponsor, The Icecube. 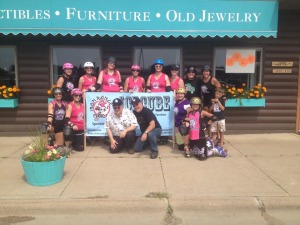 Later that evening, the Maidens took on Team Gang Green of the Wheat City Roller Derby League of Brandon, Manitoba.  It was a hard fought bout, but Team Gang Green came out on top with a score of 197-165. 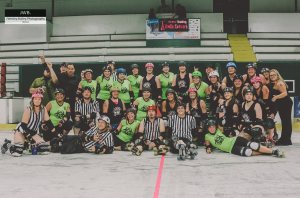 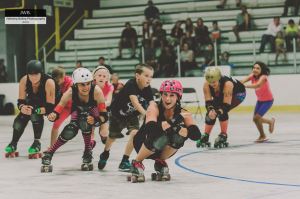 Star of the North Humane Society was the bout beneficiary, and both teams had fun playing with the cute and furry animals. A few kittens met their new families at the bout! 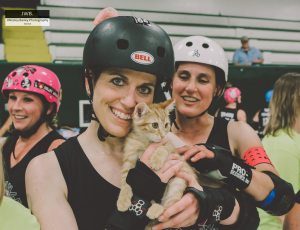 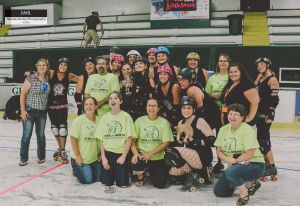 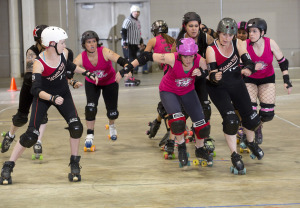 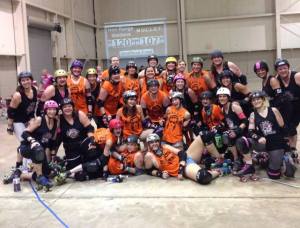 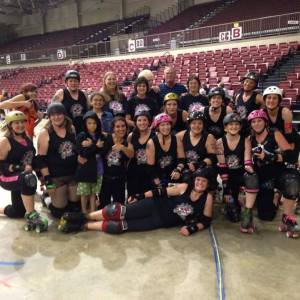 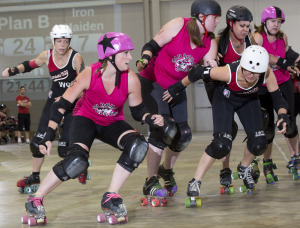 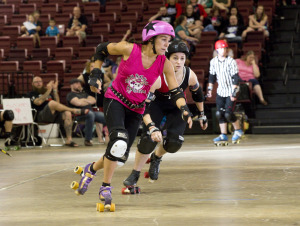 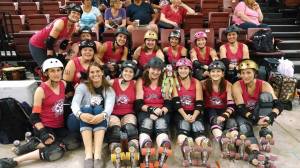 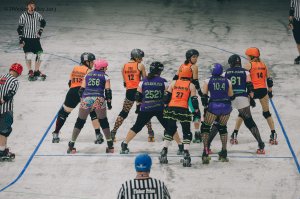 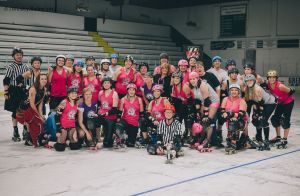 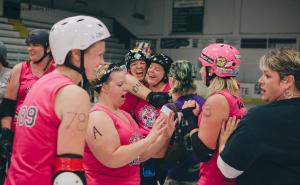